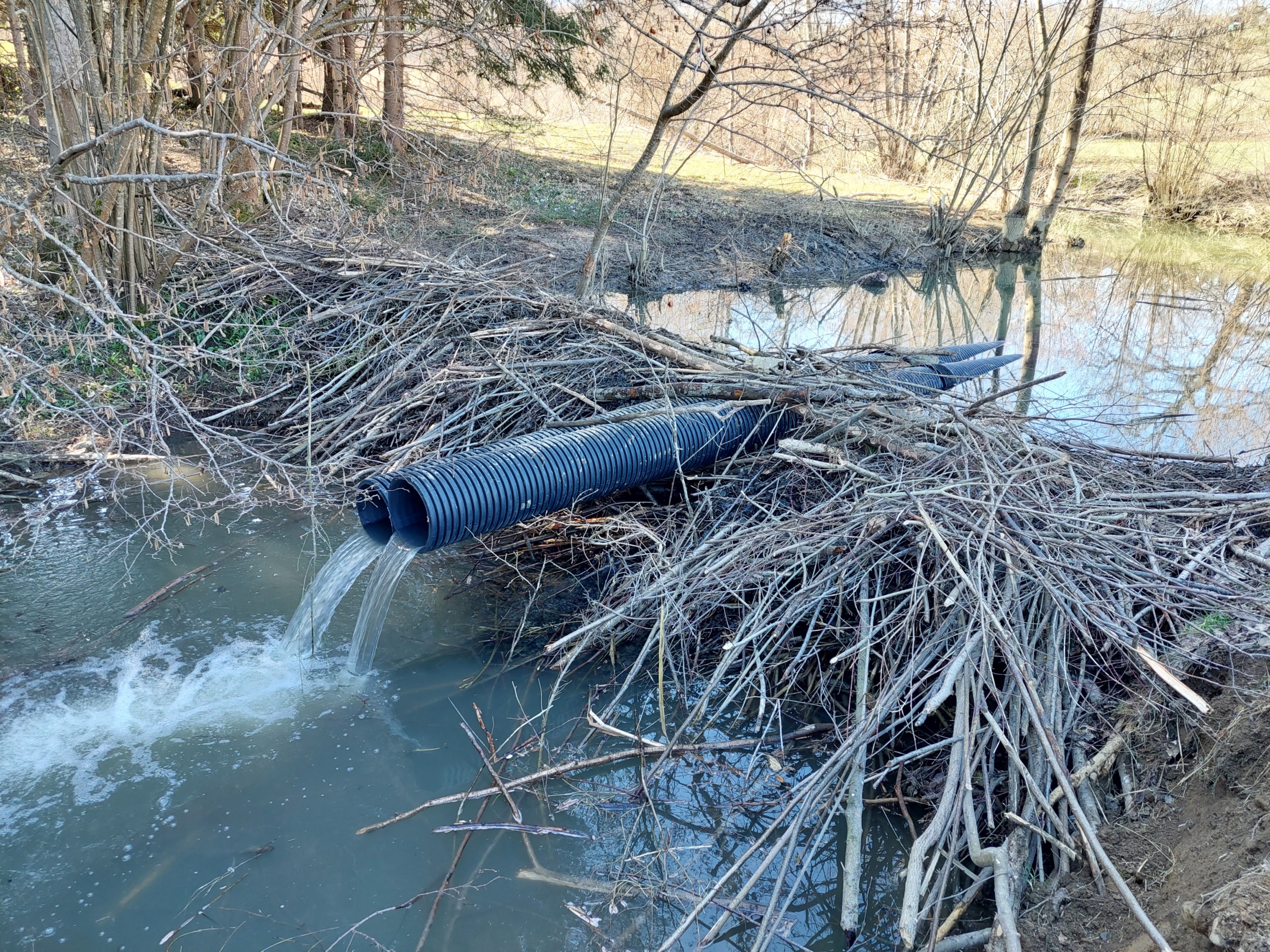 Two weeks ago, we installed a beaver-deceiver into a beaver dam at Buča creek at Kozjansko Regional Park to regulate the overflowing banks. It is the second case of simmilar practice carried out in Slovenia (we already reported on a beaver deceiver at Žerjavinski brook). The reason for the experiment was to stop the flooding of the neighbouring agricultural fields, however, we also noticed that the fields were extending too far into the area belonging to the watercourse. Unfortunately, this practice is quite common in Slovenia, despite the banks being protected through the Slovenian Water Act (exceptions to this legislation are written under article 37). Because of this practice and not following the legislation, the consequences are seen in increase overflow of banks and flooding the fields/houses in the area.

Because of the type of terrain, the area outside of the banks of the brook got flooded, therefore, we decided to install a beaver-deceiver. With this practice, we ensure undisturbed water flow through the beaver dam, consequently decreasing the water levels and preventing the flooding.

As part of the Life Beaver project, we have allocated funds for a limited number of such interventions. We financed the material for the work through the project, but the practice was carried out by the Kozjansko Regional Park employees. Approximately, six hours were needed, to make a hole into the beaver dam and to install two 6 m long drainage pipes of 40 cm diameter, the ends of which were fitted with an iron mesh. The iron mesh prevents the beavers from clogging the edge of the pipe. The beavers instinctively respond to the sound of water flow and would clog any leaks they can find as part of the dam repairment.

The pipe is set up in such a way as to regulate the water level above the beaver dam, but we ensured sufficient water for the beaver to swim under as well as to reach the neighbouring trees, which it is using for building material. The pipe running through the beaver dam was covered up partly with branches and twigs, but the rest was left for the beaver to finish covering up.

The intervention was carried out in a single day and a camera was set up in the vicinity of the beaver-deceiver, to monitor the beaver activity in the area.

Our goal is to ensure a better cohabitation and adaptation between beavers and people and we hope that we will succeed by joining forces and team-work. 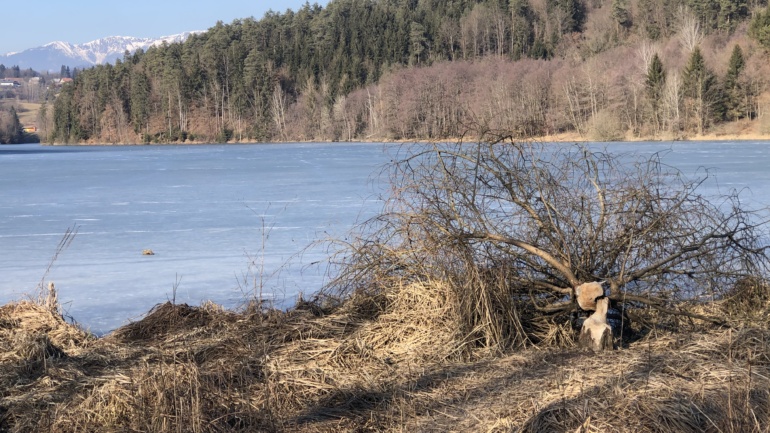 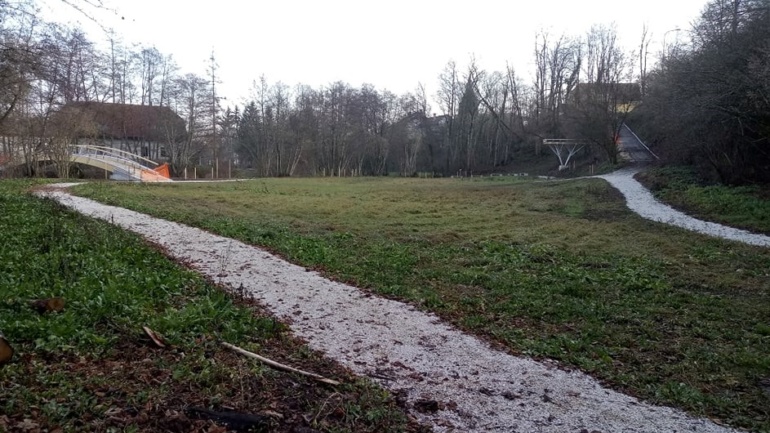