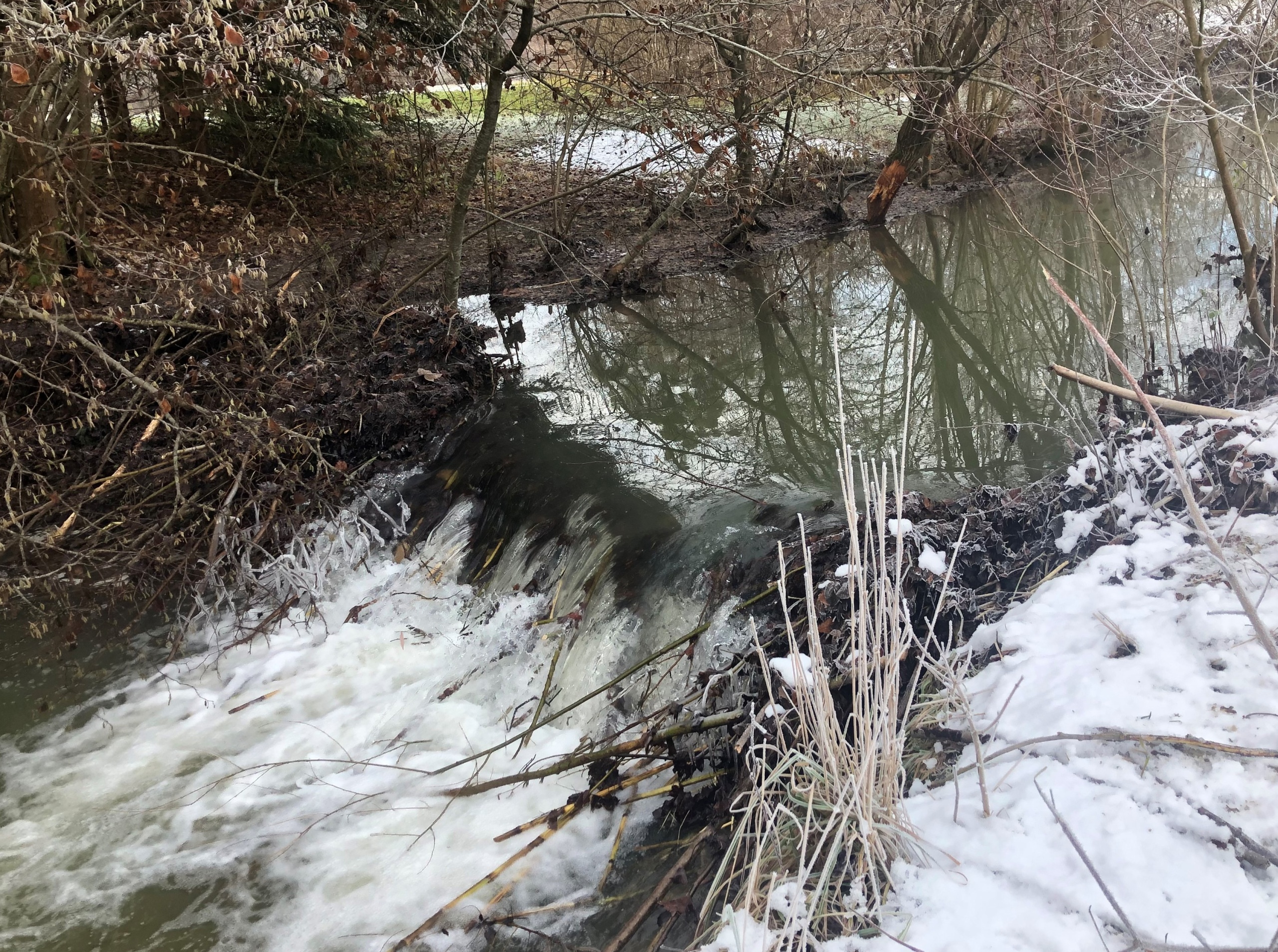 At the beginning of December we received an incentive from Kozjanski park to have a look at known beaver dams along Buča brook in Buče settlement as well as Ribnik brook in Lastnik settlement. On both water courses several beaver dams are present, and they are the cause of flooding of neighbouring fields.

When conflicts arise between beaver and land owners due to flooding and beaver dams, one of the options is to lower the water level above the dam with the help of a special water pipe called beaver-deceiver. This enables part of the water flow to be redirected past the beaver dam. At the correct setting of the pipe, it is possible to lessen the flooding of the neighbouring fields or completely prevent it. It is also possible at the same time to keep the water depth above the beaver dam at a sufficient level for beavers.

In first instance we also hope to be able to inform as many people as possible about useful beaver mitigation options which are relatively easy to implement. Beaver “constructions” which enable localised flooding are beneficial in helping to reduce climate change impact as well as water cleansing and keeping the biodiversity intact.

The goal of LIFE Beaver project is to enable successful cohabitation between people and this ecosystem engineer. 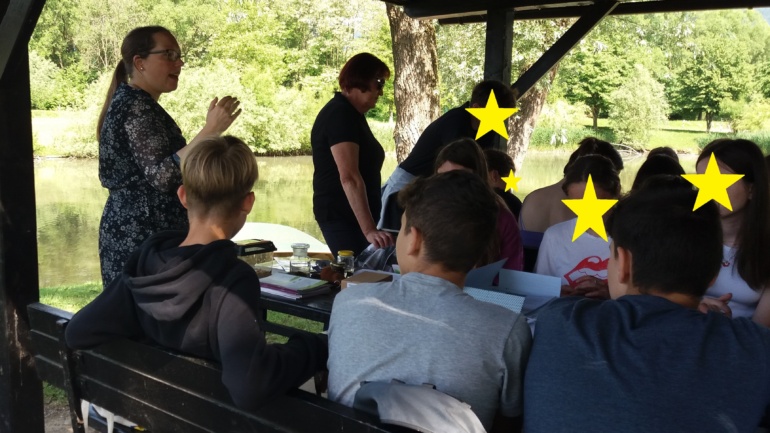 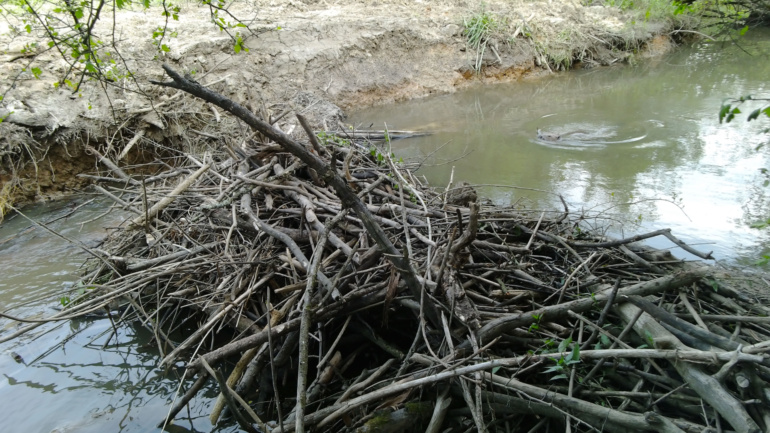 A lecture on beaver in the municipality of Osilnica

You can find out more about which cookies we are using or switch them off in settings.

This website uses cookies so that we can provide you with the best user experience possible. Cookie information is stored in your browser and performs functions such as recognising you when you return to our website and helping our team to understand which sections of the website you find most interesting and useful.

Strictly Necessary Cookie should be enabled at all times so that we can save your preferences for cookie settings.

If you disable this cookie, we will not be able to save your preferences. This means that every time you visit this website you will need to enable or disable cookies again.

This website uses Google Analytics to collect anonymous information such as the number of visitors to the site, and the most popular pages.